Do you want a jukebox or DJ? 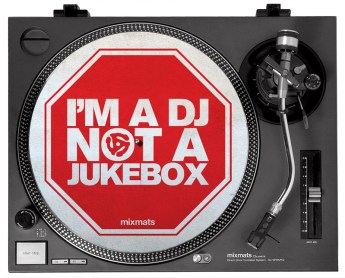 As a DJ I often take requests.  I like to play the music that people want to hear and sometimes a request takes the dance floor in a direction I wasn’t expecting.

If you want me to play LOADS of music on request, maybe play some westlife just as everyone is rocking out to “Mr Brightside” or maybe you want the last song to be a lovey dovey ballad, then maybe you need a juke box.

Many DJs argue that a DJ is being payed for his or her expertise to play the right song at the right moment.  Other argue that requests – especially the ones from the person paying the bill – should ALWAYS be adhered to.

I like to sit on the fence.  If you ask for a song I will do my best to fit it in.  I promise.  sometimes it just won’t fit in the time frame that availible. 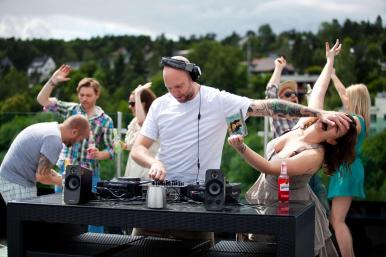 DJing for double 21st party.  It was going great until after a few drink nearly everyone wanted their song on which is normally fine but this crowd was bi polar.  One birthday girl wanted hip hop, the other pop music, her parents wanted some motown, whilst the other girls parents wanted something upbeat!  Then the younger generation got involved and they all wanted “the running man song” AGAIN!

She was paying the bill but the dance floor was full – I had to explain to her that it would upset her guests if I played that song as the last song and that not everyone would get the joke.  She understood and I ended up playing it at a lower volume after the last song as I started to pack down.

As I predicted the dance floor emptied.

This is my point:

I want to play ALL your requests but it might not always work – please trust me!

I have the experience to know what works – that’s what your paying me for!